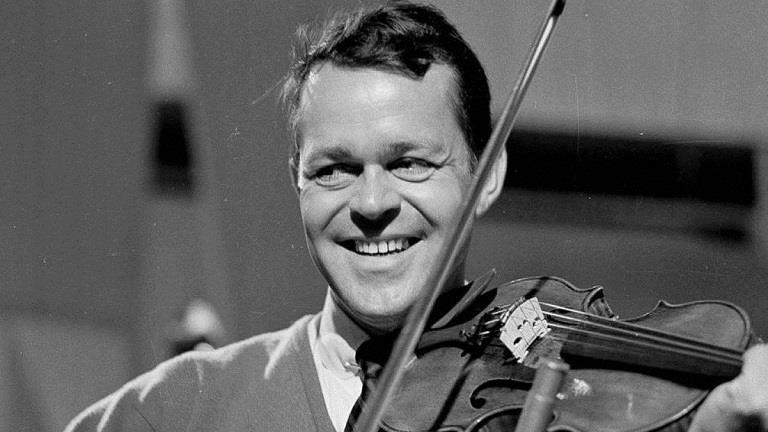 Danish jazz violinist and composer Svend Asmussen died on February 7 at the age of 100. Over the course of an eight-decade career, he developed a reputation as a showman, frequently interspersing his performances with improvisations and cabaret and vaudeville-style moments of humor. In addition to the violin, he played the vibraphone, flute, and conga drums, and was an occasional singer.

Born on February 28, 1916, Asmussen began performing professionally at the age of 17. During the war he was arrested and imprisoned in Berlin. He formed the Swe-Danes jazz trio in the 1950s with Danish guitarist Ulrik Neumann and Swedish singer Alice Babs, and found success across Scandinavia with their light style. During this time, Asmussen also performed with jazz luminaries such as Duke Ellington, Benny Goodman and Lionel Hampton.

In 1963, Asmussen was invited by Ellington to play on his album ‘Duke Ellington’s Jazz Violin Session’, on which he can be heard playing alongside StÃ©phane Grappelli and Ray Nance. The recording was not released until 13 years later in 1976, after Ellington’s death. Asmussen also collaborated with Grappelli on ‘Two of a Kind’, a 1965 album, and a year later made a live album, ‘Violin Summit’, with Grappelli, Jean-Luc Ponty and Stuff Smith.

He continued to make albums over the following decades, releasing his last album, “Still Fiddleing”, in 2002 with Danish guitarist Jacob Fischer. His autobiography â€œJune Nightsâ€ was published in 2005, and it was the subject of a 2009 documentary, â€œSvend Asmussen: The Extraordinary Life and Music of a Jazz Legendâ€.

Watch the violinist play below:

Gidon Kremer: a violinist on a mission, or more