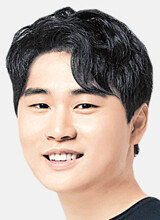 This is the first time a South Korean violinist has won the competition. Yang also received the Best Interpretation award, which is given to the violinist who best performed the commissioned piece. Second place went to Nathan Meltzer from the United States and third place went to Dmytro Udovychenko from Ukraine. The competition took place after being postponed for two years due to the COVID-19 pandemic.

In an exclusive interview with The Dong-A Ilbo, Yang said he decided to enter the competition because he liked the color of the Sibelius competition, adding that he felt the competition was closer to the essence of music. . As for the Lindberg piece, which won him the Best Performance award, Yang said his experience of seeing Lindberg’s concerto helped him perform the piece better.

Yang said he took the time to walk in the forest to feel Finland, the land of Sibelius, during the competition. “Sibelius’ music presents Mother Nature as she is. Since I was one of the oldest among the participants, I tried to create a challenging program,” Yang said. “I don’t think I’m competing anymore. I intend to focus on my performance.

Yang debuted at the 2008 Kumho Young Artist Concert and won the 2014 Concert Artists Guild Competition. In 2015, he won first prize at the Paganini International Violin Competition held in Genoa, Italy.

Obituaries: Vangelis, Greek composer best known for the score of Chariots of Fire

A young violinist wins a music competition in France [PHOTO/VIDEO]