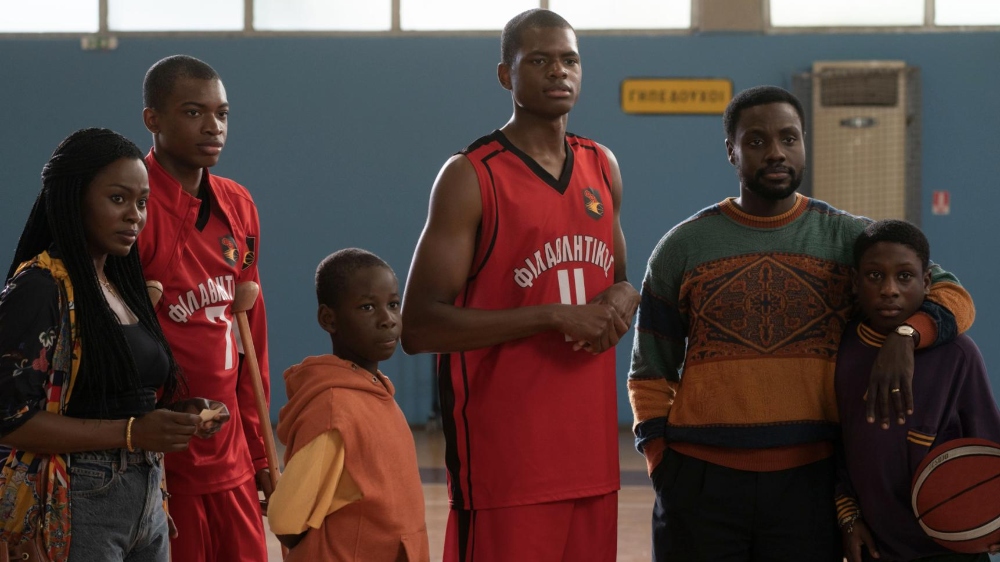 Rise Composer Ré Olunuga on Infusing Disney’s Score with Greek and African Influences, and Exploring Themes of Love and Family – Below the Line

There are very few NBA players who are as dominant as Giannis Antetokounmpowho has been dubbed “The Greek Freak” due to his jaw-dropping athletic prowess.

Giannis has averaged more than 26.9 points per game in each of the past five seasons and has been named an Eastern Conference All-Star for the past six straight years. It is also a two-time NBA MVP, NBA Finals MVP (2021) and was named to six All-NBA Teams. Need I say more? His resume speaks for itself, and yet what doesn’t show up in the box score every night is the trip that Antetokounmpo has even pledged to qualify for the league first.

He didn’t do it alone…he had his family with him every step of the way, and it’s that family that turns out to be the heart and soul of To go up, which is now streaming on Disney+. Giannis and his four brothers grew up playing professional basketball in one capacity or another, while Thanasis and Costas joined Giannis to become the first trio of brothers to win an NBA championship – a feat they all owe to the hard work and support of their parents, who never wavered in their dream for their sons.

The original music for the film, taken from Re Olunugawhich ranges from melancholic to uplifting, and perfectly complements the central family theme. under the line spoke to Olunuga a while ago, and the composer revealed how he landed his first studio project, why he imbued the score with Greek and African influences, and why the theme of family was so important in this story .

Image by Ré Olunuga via Disney+

Below the line: how many projects have you scored before To go up?

Re Olunuga: Oh I did that [for] 16 years old [but] To go up is the first studio project that I did. Still, [I’ve composed scores for] a long, long time back home in Nigeria and [done some] other projects that are kind of continental, and I’ve done projects in the UK as well.

BTL: With To go up being your first studio project, and under Disney no less, how did the opportunity arise? And is there something in the history of the Antetokounmpo family that attracted you to the project?

Olunuga: There’s a lot of things about the project that when people see this movie, they’re going to connect with [them] because, basically, it is [about] something we can all identify with: family. [Family is] the heart of this film and the love that can exist within a family is unlike anything else.

At the time when the studio and the filmmaker were looking for composers, what I had heard [was that they were] just trying to be as authentic as possible. At the same time, on my side, I was trying to develop myself — I was trying to jump [into] studio movies and bigger projects and we were just kind of looking for the same thing, and the first conversation I had with the filmmaker [Akin Omotoso] lasted for hours. I felt like I understood what they were looking for, [and] they liked what I presented and the approach I would have.

We [had] other conversations and really knew what we were looking for; we knew what we wanted the audience to feel and what we wanted to deliver in terms of cinematic stories. But above that, it’s about families and the sacrifices parents typically make to position their children for better opportunities. [and] a better life, that sort of thing. 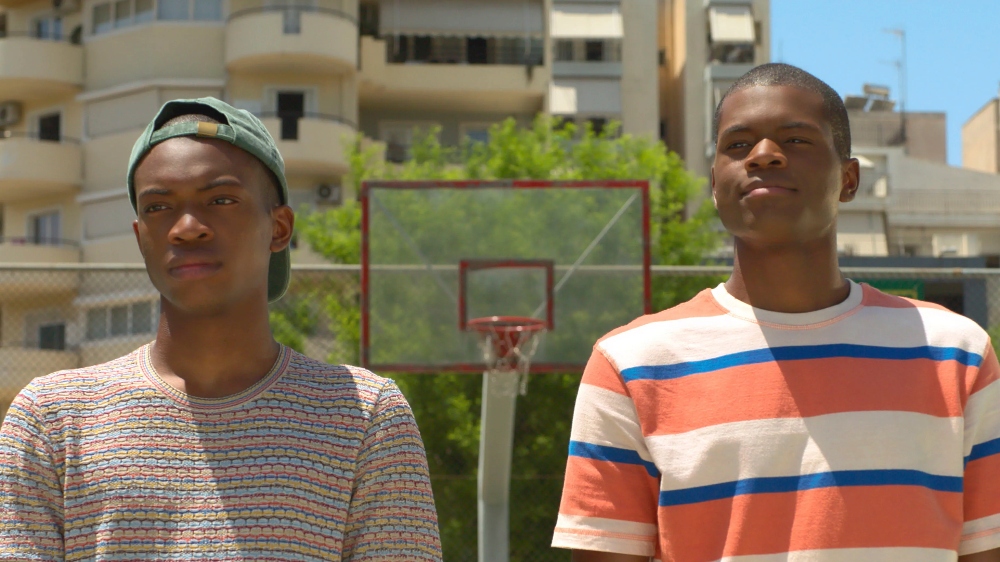 BTL: What were you trying to accomplish with your music for this film?

Olunuga: I think when you approach a score, there’s a big question that I, as a composer, try to answer in an interesting way. You ask exactly what a moviegoer would ask – “What does it look like?” – and I have to think of something that seems to answer this question [and] the studio question, but also answers the questions of “How can I write something that is interesting for me?” and “How can I write something new for me?” so that the writing process is not too difficult [and I’m] excited to put something together.

With this movie, the way I responded to that was by taking a big, orchestral, symphonic sound that most people recognize as [the way that] Disney music sounds, but with my own personal accent [and] giving him a reason to include [certain] musical philosophies, this phraseology that I always thought would be interesting.

I thought that [a] score of this scale could be interesting but I had not had the opportunity to explore this [yet] and it was just perfect. It was very nuanced; there are ideas in there that will appeal to music nerds, but the most important thing was that the audience felt what was at the heart of each scene. 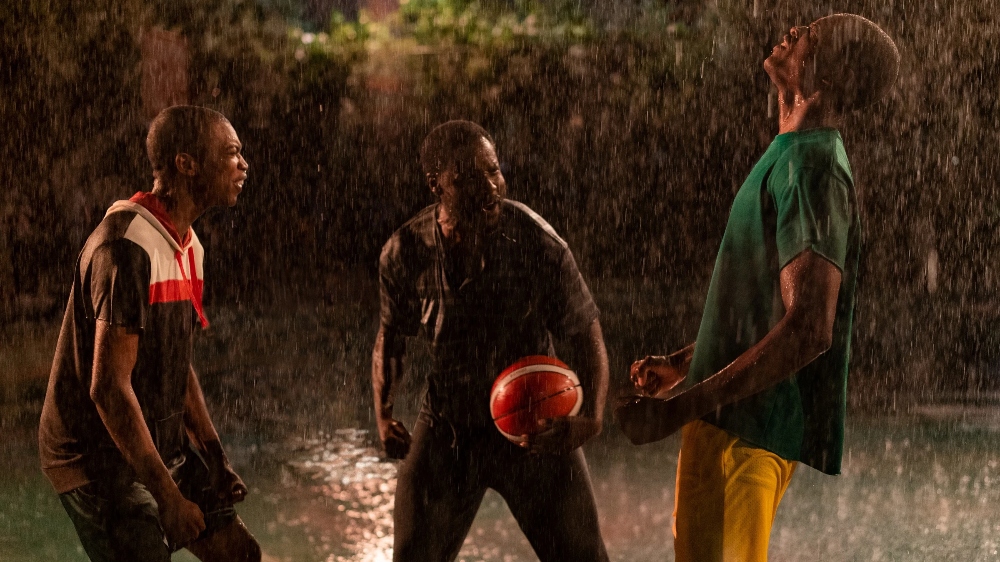 BTL: Can I ask you to describe your score in three words or less?

Olunuga: Wow… can we come back to this question?

BTL: Yes, of course. Were there any unique techniques or instruments you used for this score?

Olunuga: There were ideas that I always thought of that I had the opportunity to store in this score, one of them [being] using rhythm as a pattern. I think it’s very useful to create emotional connections with characters and relationships [and attach that] to a sound by creating a melody.

But I’ve always wondered about – in this composer’s toolkit – the idea of ​​using rhythm and just living. It can happen in percussion, it can happen with instruments that are mostly monotonous, and [it can] grow so that it can create greater ascension. That was one of the things I loved exploring in this score which included so many African instruments. [We wanted to] create something cohesive, take classical Western instruments and African percussion instruments, as well as Greek instruments, and infuse that with this style of Afrobeat drumming.

I’m not [one] force together [a] multi-genre piece of music, but for everything to cohesively interact with each other, it was another great opportunity, another great artistic homage happening. I’m so glad [about] how it went, and there’s nothing like working with brilliant musicians, people who are right at the top of their game and are emotionally sensitive enough to know what you’re looking for and know what you aim. 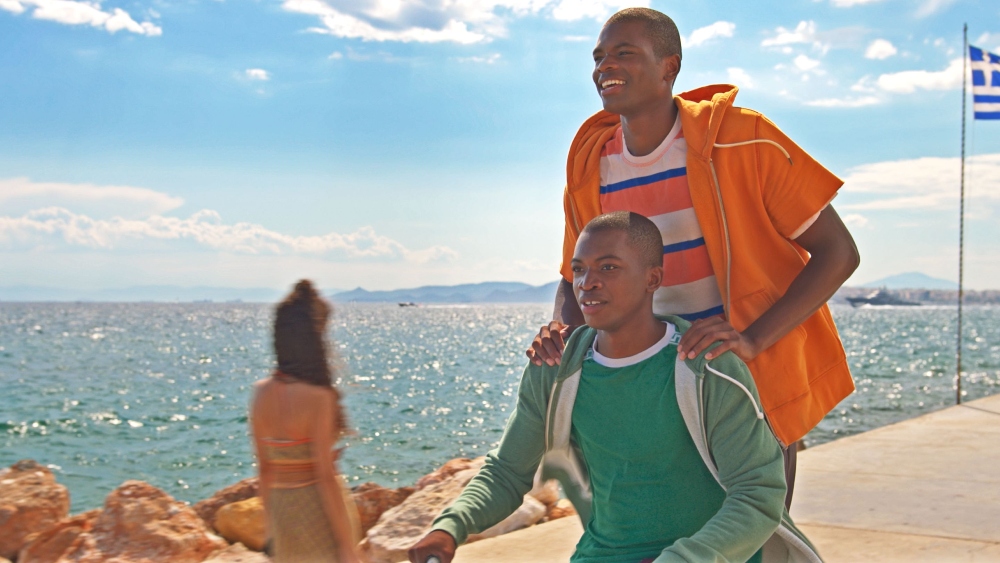 BTL: To go up has been streaming on Disney+ for a few months, so what do you hope audiences have taken away from it now?

Olunuga: I think every person [can] connecting memories of what it’s like to start a family, or what it’s like to work hard to achieve your dreams and support your children, [and] how your parents support you. There are so many incredible things happening in the film, and it’s all the more beautiful because it’s [a] true [story].

But one of the things that stood out to me throughout the process was [that] although life can be difficult, it is necessary to keep in mind the things that are most important to you, and you must keep your hands on [those]. This family [the Antetokounmpos] kept that bond together. They say they’re always together throughout, they go through every decision, every challenge, [and] every success together. I think right now, basically, I see a lot of conflict about fiction in our world, and the more we can share stories like this, [we can see] how alike we are and how important and helpful it is to reach out to each other. [The more we] helping each other, the better.

BTL: Before concluding, I must go back to my previous question. Did you think of three words or less to describe your score?

Olunuga: Well… what was the longest pause of a composer on this question? Is there a recording?

BTL: There’s no official record, but there were a few times they asked to go back on it…but they did answer, Re!

Olunuga: Yes, because I think the music itself is what I’m trying to convey, and words aren’t enough. But I would say this [score is] “moving”, “warm” and “festive”.

Rise is now streaming on Disney+.