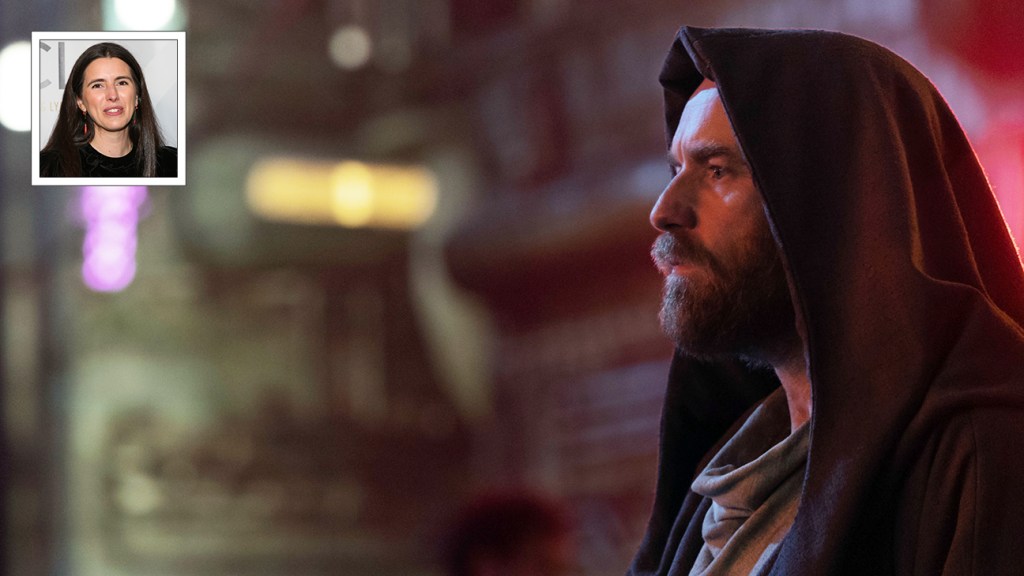 The following month, composer Natalie Holt – the first woman to score a project in the star wars universe – will once again take fans to a galaxy far, far away with his score for Obi-Wan Kenobi.

But the trip to Tatooine and beyond for the Emmy-nominated composer isn’t exactly her first musical spacewalk. Past contributions to the composition date back nearly two decades of work on PBS’ Victoria, Stardust, Paddington, the next bat girl and most recently Marvel’s Time and Spacing Loki.

“Loki was where I put my stool down, so to speak, so people could hear what I’m doing,” she says. THR. “I think that’s what brought Lucasfilm to hear about me.”

Now on her second major Disney project, the British composer, classically trained violinist and “huge John Williams fan” will share space in the canon of one of Hollywood’s most enduring franchises. And she’ll do it alongside the man who is ‘basically the reason I noticed music in movies as a kid’.

“John signed the Obi theme for me. I have a print Obi theme that he recorded and I had it framed,” she said. THR, with enthusiasm. “It is my pride and my joy. I’m super happy to have his signature because he’s literally my hero.

The two didn’t collaborate directly for the show, but Holt says her work on the show’s title character theme helped her lay the groundwork she needed to step into one of the TV series musically. the most anticipated of 2022. “The hardest part was finding my access point. What was my point of view star wars? ‘Cause it’s bothering me; feeling a bit frozen by the enormity of the thing,” she explains.

In an interview with The Hollywood Reporter before Star Wars Day – as well as an appearance on Thursday alongside composers Carter Burwell (The morning show) and Siddhartha Khosla (Only murders in the building) during ASCAP Experience special panel broadcast live – Holt explained how she achieved that satisfying feeling of “unlocking” her key in star warshow the composing experience was different from Loki and what will make it star wars sound different.

Both Obi Wan Kenobi and Loki are shows about types of heroes whose stories are related to space. How did you approach them differently?

Loki required a certain levity, shall we say? It was more comedic in places and it was also just a wacky journey through time and space. I was using a lot of different color palettes that weren’t appropriate for [Obi-Wan Kenobi] because it’s more of a serious tone. For me, as a violinist and a lover of big orchestral sounds, it was just a chance to pay homage to John Williams. It’s a kind of collaboration with the story of star wars and its new theme, also bringing a bit of modernity to it. There are new elements in it. I guess that was my vision of the orchestra and the emotional. I really had beautiful violin solos from James Ehnes. It pushed the forces of what I had been allowed to work with before due to the magnitude of the drama as well.

There is a long history of star wars composers. Where do you think your work fits in this timeline and on this sliding scale of experience?

I probably had a background more similar to John Powell or Michael Giacchino in the world of my star wars experience, because it was imbued with the characters of historical heritage. While Ludwig [Göransson] had kind of a new landscape to work with, so he was able to cut out a bit more. He managed to set his own musical tone with what he was doing [in The Mandalorian] just a little further from the barrel. Powell had a theme written by John Williams, who wrote a theme for the Han Solo movie too. I got to meet him at the SCL Awards and it was great to have some camaraderie. He said you get one star wars job and it’s that thing you grew up with as a kid – and John Williams is John Williams – so it’s overwhelming and it takes you a burning minute to figure it all out. (Laughs.) [Obi-Wan Kenobi director] Deborah Chow also said it was just about finding the tone and balance of the star wars that we’ve known and then do something new and a bit more of your own identity within it.

How long do you think it took you to get into it musically?

It was like it took – I would say it was like episode four, where I was like, “Oh, it’s just flowing now.” I was getting it and it was just flowing, and Deborah was like, “Yeah, great!” and almost no note in return. Before that, she was like if you’re too old fashioned or not, it’s not for us. Fortunately, Deborah was very clear about what was not appropriate in this area. When you jump on a project it’s really important to have someone leading that way and she was awesome. Katherine [Kennedy, president of Lucasfilm] as well. Everyone kind of has that overview that you don’t have because you’re like a rabbit in the headlights working on the show. And they kind of went through it. Deborah said everyone has that moment where they’re like, ‘Oh, I’m working on star warsWriters — like all departments. It takes everyone a minute to get used to the idea and then find their way.

On projects for Marvel and Lucasfilm, composers are often tasked with scoring both individual characters and ensembles. You can also be, beyond themes, score points for specific places. How much did you juggle for Obi Wan?

I made a sequel for Loki where I had the Mobius and TVA theme, and the Kang theme. So, yes, you have your hero theme, and then you walk away from it. Of course, John Williams wrote the Obi theme, but I started by trying to write one, to be honest. I was writing from Deborah’s instructions and it was interesting. She said, “He’s in the desert.” He is lost, he is alone. It’s like anything as its theme would just be small, crumbling, fragmented and thin. Then it would grow as this journey went on. It was quite interesting to see the place I arrived at, just for the world and its surroundings. Obviously there are a lot of different characters on the show, and I’ve also written theme music for the planets. Additionally, there is a Stormtroopers theme. That’s all I can say for now.

Did you have the chance to work directly with Williams for this?

We didn’t collaborate, but I was able to use his theme. He didn’t have much time and it was rather last minute whether he had time or not. But he really wanted to write that theme because he was the only character he didn’t write the theme for in the original movie. So I think he felt like he wanted to take on the challenge. I think he was two weeks old and he came on board and wrote the Obi theme and a sequel, which is the main title, then some variations of how the Obi theme can work. That’s what he had time to give to the project, and it was just a gift. It’s so perfect and somehow once I got this Obi theme it set up the tent poles for the project.

Because this galaxy that you’re marking for doesn’t really exist, but you also have this historical canon of sound for the universe, how did you think about Obi Wan instrumentally?

There are definitely synth elements because I like to combine. It’s not always pure orchestra, sometimes it is. I had John Williams’ orchestra, basically – the same orchestra he used and the same composition. What he did was just within the orchestra and using orchestral colors. So I did a bit of that, but I also used more unusual instruments. I found this Swedish folk flutist. He has this collection of 250 different flutes and horns. He had this hunting horn, which I taped and then shifted down. There are certainly other unusual elements in the score. I love experimenting with things and getting inspiration from one sound and then developing something else.

What has been the biggest scoring challenge for this series?

I wish I had more time, but you know, we all say that. (Laughs.) This is that part where you get to run around and record some stuff and play a bit. Loki did the pandemic happen in the middle of it so I think we had about another four months or something because it was lockdown. And things just took longer during that time. Now everyone is getting back up to speed. I miss the extra month of luxury to create. But now everyone and everything is in person, which is also amazing. I have to go to LA and be in the same room as Deborah and record with the orchestra there in the room. It was so special to have this live experience with this project.

Obi Wan Kenobi is a television star wars input relative to a film. You have scored for film and television projects. Is there a difference in terms of composition according to you?

I guess there would have been more time maybe if Obi had been a movie? I do not really know. But the resources are certainly there. Orchestral recordings, percussion recordings — everything is live. I didn’t have to compromise on not being able to record live. The volume – it’s a lot more hours than in a movie. More ground is covered, I think, on TV. We’re in a really interesting time with the content we consume. We have all this extra time and some people would rather get into a series now. You feel like you can immerse yourself more fully and get more detailed story points. Hopefully the stories are rich enough to support that as well. I feel like we’re in for some kind of really amazing explosion of big TV. People looked down I think on TV. John Williams is now providing the theme for a TV show. (Laughs.) I think we’re all in good company.

Interview edited for length and clarity.

Obi Wan Kenobi premieres on Disney+ on May 27.