The song “Nature Boy” was a number one hit for Nat King Cole in 1948, selling 1 million copies that year. Since then, the song has been performed and recorded by hundreds of artists from jazz and other genres, including Frank Sinatra, John Coltrane, Miles Davis, Ella Fitzgerald, Sarah Vaughan, James Brown, David Bowie, and more.

Eden Ahbez composed the song, which spoke for itself. During and after the Great Depression, he preferred to live in nature, even when he began to receive significant royalties from his music.

Brian Chidester, who is working on a documentary called “As the Wind: the Enchanted Life of Eden Ahbez,” says Ahbez was part of a group called California Nature Boys in the 1930s and 1940s. “They were interested in mysticism. Oriental. They followed gurus like [Jidda] Krishnamurti and [Paramahansa] Yogananda, who was then in Southern California giving lectures. â€¦ They were truly the forerunners of the hippies.

During an appearance in 1948 on the TV show “We the People”, Ahbez told host Dwight Weist: “All the money in the world will not change my way of life. Because all the money in the world couldn’t give me the things I already have. Anna and I have learned that nature and a simple life will bring you peace and happiness. We sleep on the floor in sleeping bags in the Californian mountains and deserts.

Anna was Ahbez’s wife. They married in 1946 and their son, Zoma, was born in October 1948, a few months after “Nature Boy” became a big hit. In the 1950s, they camped in Big Tujunga Canyon and other areas, and sometimes lived in ashrams in the Glendale area. They lived almost exclusively outdoors.

Eden Ahbez sits outside in the San Fernando Valley, circa 1963. This photo was taken by record producer Bob Bertram, who worked extensively with Ahbez in the 1950s and 1960s. Photo courtesy of courtesy Brian Chidester / Full Moon Films. 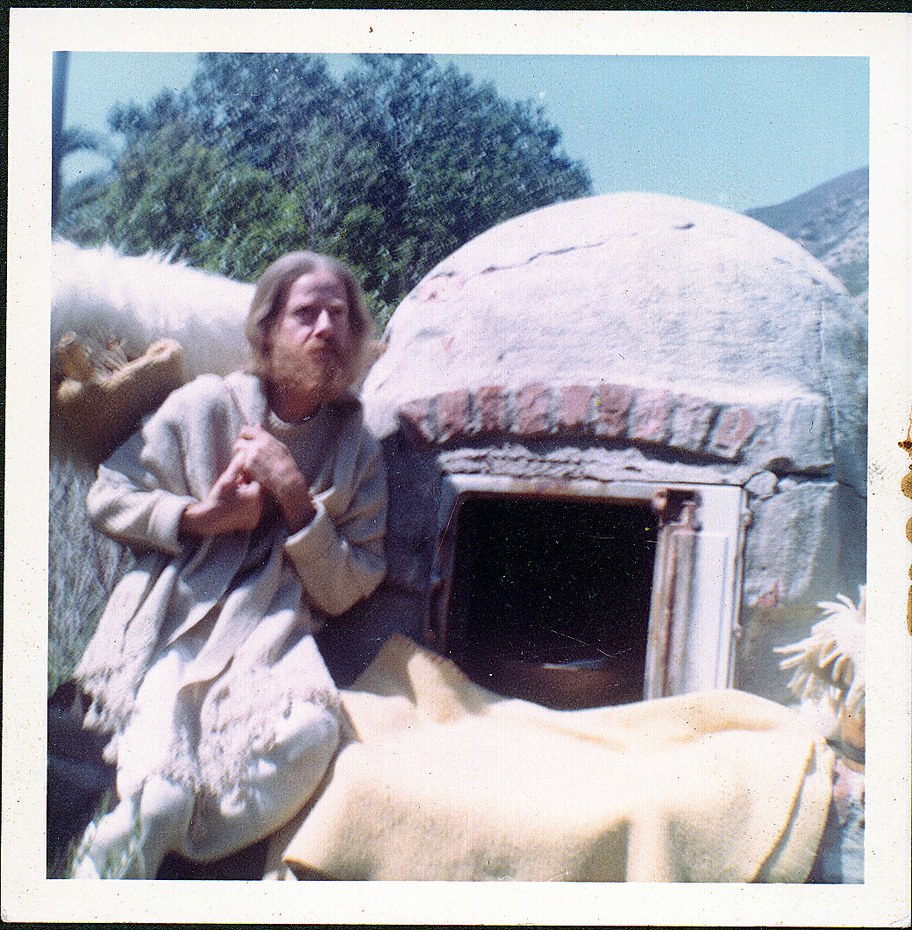 In the Big Tujunga Canyon, Eden Ahbez sits next to an outdoor oven he used to prepare food while living in the wild in the 1950s and 1960s. Photo courtesy of Joe Romersa / Shadowbox Studio.

Sadly, in 1960, Anna was diagnosed with cancer. She died a few years later at the age of 44. Chidester says there is evidence Zoma got involved with a bad mob and drugs. He died of an overdose in 1969 at the age of 21.

Ahbez wrote music for many artists, but he also recorded an album of his own music, titled “Eden’s Island”, which was released in 1960. Chidester says the record was a flop, only selling itself. about 100 copies. But the historian calls the album “an incredible musical statement, so coherent and so ahead of its time”. And he wondered if the composer hadn’t written more music to follow. 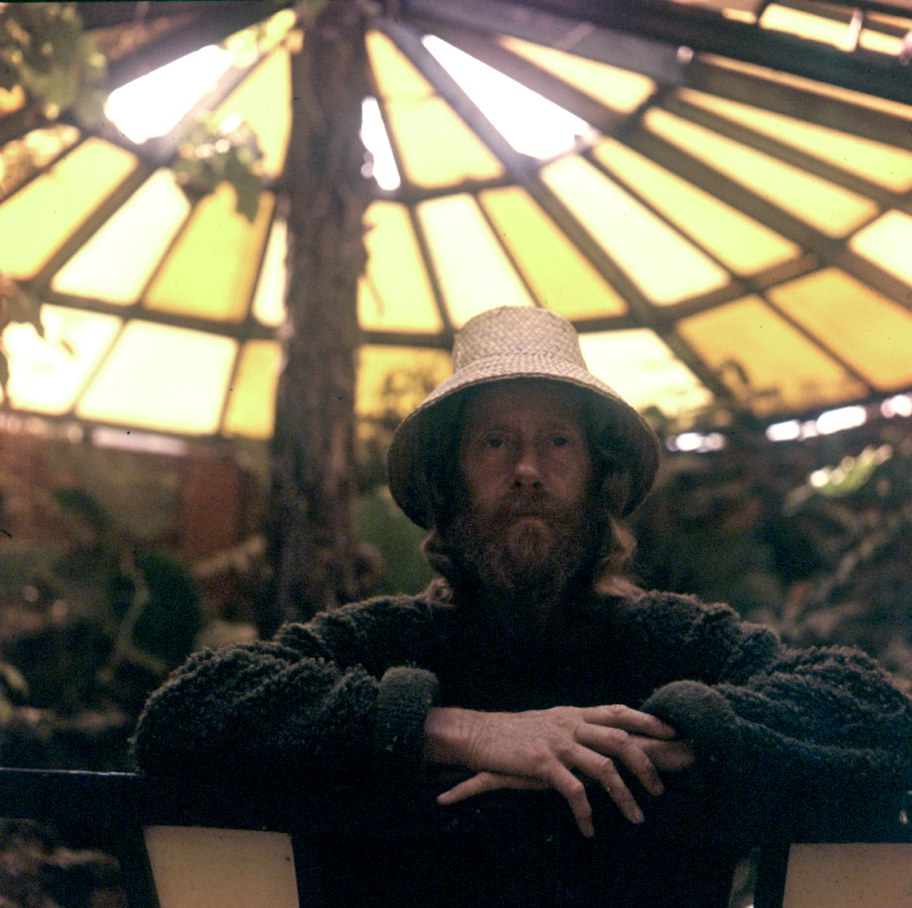 Eden Ahbez, seen at the Lake Shrine Ashram in Pacific Palisades in 1960. The image is from the session that produced the cover photo for the artist’s only solo album, “Eden’s Island”. Photo courtesy of Joe Romersa / Shadowbox Studio.

At the Library of Congress, Chidester discovered scores for hundreds of Ahbez’s compositions that had yet to see the light of day. About 22 of them were written in the years following the release of “Eden’s Island”.

With the help of Swedish band ÃŒxtahuele, Chidester produced a new album, “Dharmaland”, of 12 of these songs. It was released in June.

â€œWe also had access to Abi’s handmade drums, we had access at the last second to one of his hand-carved bamboo flutes. We had nine of his friends and former collaborators invited to the album. â€¦ I’m so proud of it. 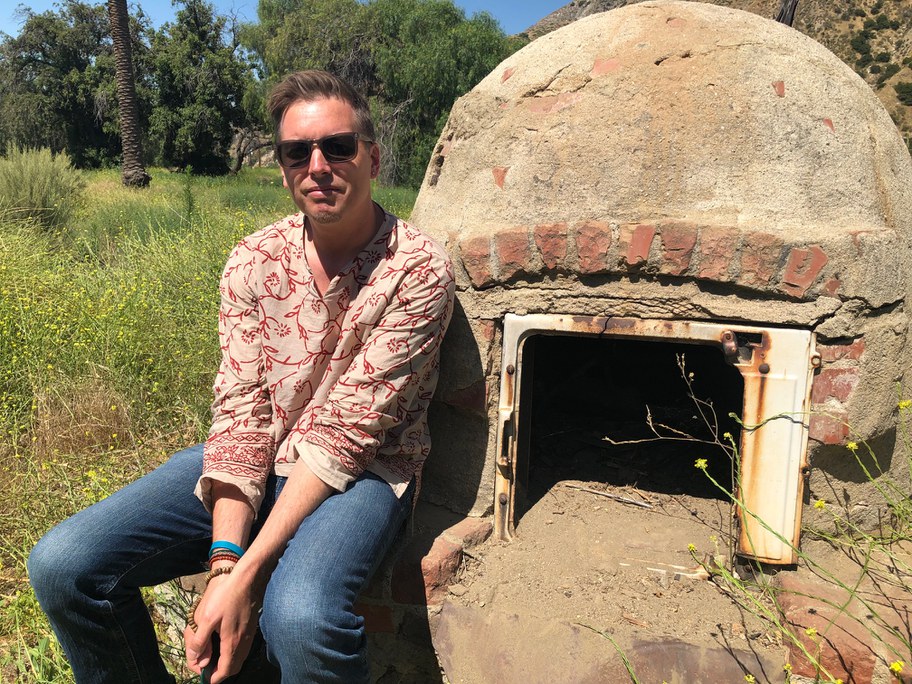 Brian Chidester produced “Dharmaland” and co-directed “As the Wind: The Enchanted Life of Eden Ahbez”. He stands next to the outdoor oven used by Eden Ahbez. The oven still exists today in the Big Tujunga Canyon. Photo taken and contributed by Jarad Coats.

One of the former collaborators was Joe Romersa. He worked with Ahbez at the end of his life, when he was 80 years old. He says it might be difficult to contact the composer because he didn’t have a cohesive home, and that was in the 1980s, before cellphones. Romersa says Ahbez called when he wanted to enter the studio. And the engineer saved some of those voicemail messages because they are “nice to listen to.”

Ahbez said in one of the voicemail messages: â€œThe first thing I would say to American youth isâ€¦ the earth is my altar. The sky is my dome. The spirit is my garden. And the heart is my home. And I’m still at home. Yay. I’m still at ohm.

Romersa found it a moving experience to design the new album, “Dharmaland”, years after the death of her old friend and collaborator. He sang on one of the songs on the record, “Fire of the Soul,” which Chidester calls the highlight of the album.