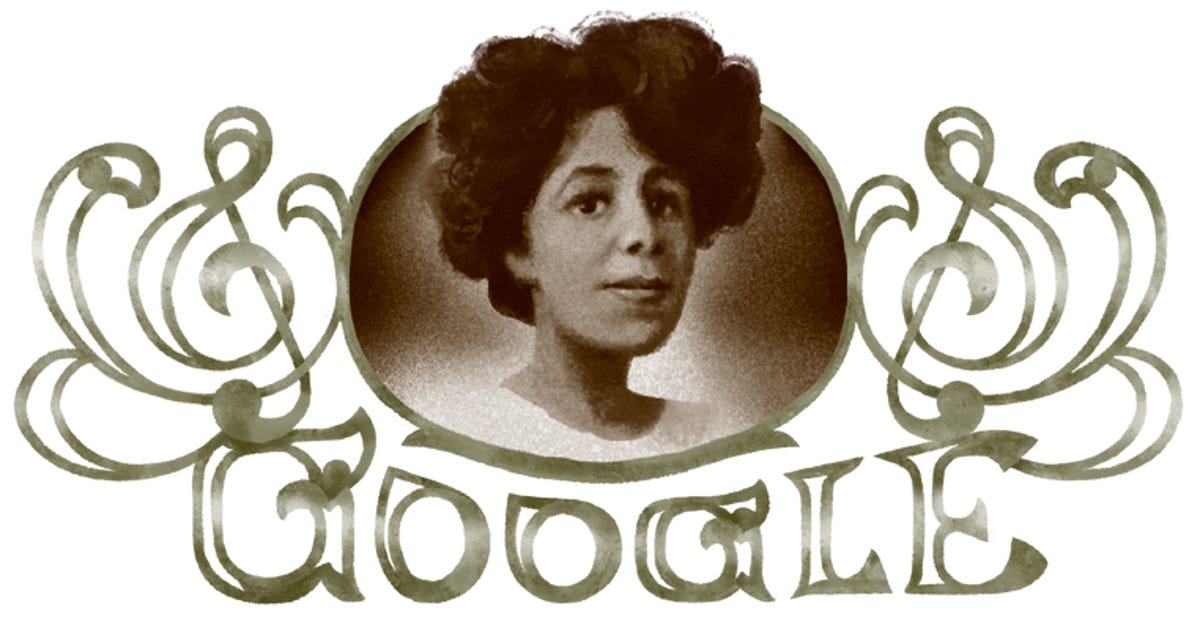 On this day 111 years ago, influential musician Amanda Aldridge gave a piano recital at London’s Queens Small Hall, the original home of the BBC Symphony and London Philharmonic orchestras. The composer, teacher and opera singer, who worked under the pseudonym Montague Ring, was honored Friday with a Google Doodle on the search giant’s homepage.

The daughter of a Black American Shakespearean actor and a Swedish opera singer, Eldridge displayed impressive musical talent from an early age. She then studied at the Royal Conservatory of Music in London and learned from Swedish opera singer Jenny Lind.

Aldridge wrote Three African Dances with the intention of having it played by amateur pianists and middle-class families, according to the University of Colorado Boulder’s Hidden Voices series. At the time the play was made, it was common to hear romantic parlor music being played in middle-class households.