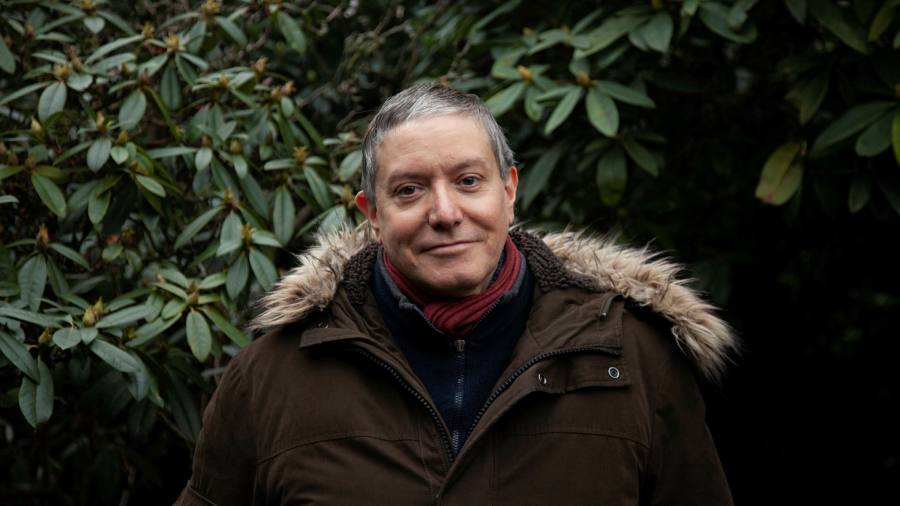 Composer Julian Anderson: “My music is made of experiences, even the most horrible experiences”

Do composers sometimes go to concerts with other people’s music? In one case, the answer is definitely yes. Look among the faces of the audience standing in the arena for the BBC Proms and you’ll often see Julian Anderson, one of the UK’s leading composers.

Forget elitism or complacency, here is a composer happy to take his place in the crowd of enthusiasts. “The Proms are the best way to hear orchestral repertoire at an extraordinarily reasonable price,” he enthuses, and impressions of last year’s Proms plummet, Korngold’s Symphony in F sharp (“exceptional “), the The waltz (“one of the best performances I’ve heard”).

Anderson’s musical knowledge and enthusiasm for it is inexhaustible. “I’m afraid the musical world is too compartmentalised,” he says. “The kind of crowd you see at a Brahms symphony is not at all the same as at a new premiere work. I never wanted to make a living from just one area of ​​music. I go straight back to the medieval period, Dufay and Ockeghem, and I’m a big fan of Haydn.

At one point, when faced with commissions to write two choral works in quick succession, he decided he needed practical experience and joined the ranks of the London Philharmonic Choir as a composer in residence. He got hooked and stayed for five years. The sense of community that comes from enjoying music in a largely non-professional band completely changed his view of his own music.

“That experience has influenced everything ever since,” he says. “If I don’t like the music that I write myself, who else has a chance? It’s all about communicating, but not in a stupid way as far as I’m concerned, no matter what others may think. The music I write is about people, landscapes, experiences, even the most horrible experiences.

All of this feeds into two major new works that he has to come. At 54, Anderson is at the top of his game and in demand internationally. A former music teacher Fanny P Mason at Harvard University, he has seen his own music break out of the UK circuit and perform around the world.

Both of these upcoming works have had a number of planned premieres dropped over the past 18 months. In a strange international roundabout, the premiere of Symphony No. 2 bounced between its sponsoring organizations – the Münchner Philharmoniker, the BBC Symphony Orchestra and the Cleveland Orchestra – each time canceled due to the pandemic and passed on to the next. Now on a wing and prayer, this and Anderson’s Exiles are about to land in the same country, same city, same weekend.

After individual executions of some of his moves, the long-awaited full premiere of Exiles will be given by the Symphonieorchester des Bayerischen Rundfunks and conductor Robin Ticciati in Munich on January 20. The premiere of Symphony No. 2, “Panoramas of Prague”, will take place the day before, with the Münchner Philharmoniker and conductor Semyon Bychkov.

Exiles, in particular, delves into new depths. Subtitled “Remembrances for voices and orchestra”, the work has its origins in the period when Anderson was teaching at Harvard. Knowing few people in the Boston area, he says he was surprised to feel isolated and to miss the UK.

“I never thought of myself as a British composer. My father’s family were Jewish from Lithuania and I was always very interested in music from elsewhere, spending time in Paris and Darmstadt in the 1980s to be immersed in music from outside the UK . It opened my eyes to be homesick in Boston and I started to think about what it would have been like to deal with this condition all my life. Growing up in North London in the 1970s, I knew many people who were refugees from Hitler or Communism, a common feature of our culture at that time.

Then, coincidentally, came life-changing discoveries for his own family. “My grandparents landed [in the UK] of Lithuania around 1907,” he explains. “But I wanted to know what happened to the rest of the family who hadn’t left. Relatives sent me old photographs of my grandfather’s sister with her children, who looked like me and my brothers at that age. No one in the family even knew their names, but I discovered with appalling ease that the 8,000 Jews from the two towns where they lived were rounded up and massacred in a single day. He pauses to take a long, deep breath. “I was completely unprepared for this and shocked, as I thought no one in my family had suffered in this way.”

It’s extraordinary to think that such revelations can still occur so long after the event, but Anderson’s experience mirrors playwright Tom Stoppard’s discovery of the fate of his Czech family members during World War II.

In the case of Stoppard who found an outlet in his very moving piece Leopoldstadt in 2020. Anderson, similarly, went through those darkest emotions in Exiles, which explores different isolation experiences from ancient to modern. He points out that the music is not all gloomy and that its five movements end with “Praise and Farewell”, a finale in which the nations celebrate together.

By contrast, Symphony No. 2 had a relatively simple genesis. The subtitle, “Prague Panoramas”, refers to a book of historic wide-angle photographs of Prague that Anderson found during an exhibition at the Photographers’ Gallery. The irony is that he never went to Prague himself, as planned visits kept failing, so the Czech connection remains purely cultural, rooted in a lifelong love for music. Czech. Anderson says the symphony was never meant to be pictorial (“I won’t be surprised if the Czechs say they can’t hear Prague at all”).

“I’ve been extremely lucky with the people I’ve been able to write for, to have these opportunities, and I don’t take that for granted,” he says. “I find it difficult to compose, because it can’t just be a sketch that you only hear once and put away in a drawer. If people come to listen to my music, I feel responsible to communicate with them. I’m not going to give them what they expect, but surely it must be exciting, lively, something special.

A suite of ‘Exiles’ will be premiered by the London Symphony Orchestra at the Barbican on January 9th. Symphony No. 2, ‘Prague Panoramas’, IsarphilharmonieMunich, January 19
‘Exiles’, HerkulessaalMunich, January 20

This piece was corrected to reflect that this is Symphony No. 2, not ‘Exiles’, the premiere of which was moved between its curators.