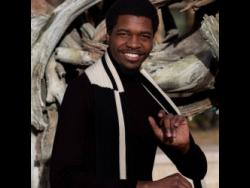 Mikhail Johnson, an alumnus of Herbert Morrison Technical High School, recently earned a doctorate in music from Texas Tech University and has made strides internationally as a classical concert pianist and composer.

The 32-year-old Jamaican from Maroon Town, St James, said the gleaner that his mother discovered his love for classical music at the age of three when he cried after turning off the television of a station playing classical music on a Sunday afternoon.

“She thought it was a fluke for a while and she went back and forth to test it out to see if it really intrigued me. She took piano lessons so she could have me around. instrument and at 10 I was playing for churches and then I ended up loving classical music, even though I couldn’t read music,” he said.

Johnson was a member of the band throughout his high school days, where he played saxophone and was a frequent medalist in the Jamaica Cultural Development Commission competition.

He was also the winner of the Jamaica Symphony Orchestra’s Concerto Competition for the senior division of young musicians in 2009 and, in the same year, won the piano section of the Music Teachers’ Association of Jamaica Music Competition. Jamaica.

At Northern Caribbean University, he earned an undergraduate degree in biological sciences and a minor in music.

“The music program hadn’t been accredited and it also didn’t help that I dropped out of music during that time because I felt like the opportunities I had to study music passed out because a lot of my colleagues when I was in high school got huge scholarships to study abroad,” he explained.

During his sophomore year, Johnson met Kimberly Cann, a teacher who made him reconsider music as a career.

He had been an active composer since his senior high school years, but his songwriting skills really blossomed in college.

He graduated and was intent on figuring out how to take music to the next level, so Johnson applied and was selected as music director at Spot Valley High School.

He taught there for two years before taking up a position as artist in residence at the Mountambrin Theater Gallery in Westmoreland, where he gave numerous concerts during the 2013-2014 season.

There he met a prominent violinist, Steven Woodham, who was instrumental in his career as a musician, and later Dr. William Chapman Nyaho, who secured him a full scholarship to study in the United States.

“Much of my work and my compositions involve singing in the Jamaican language, which has rarely been done, and I was privileged to have one of my works called Evil’s Peak which is also written in the Jamaican language, which debuted at the Spoleto Festival USA last June and for me that’s unprecedented because you don’t hear classical music in patois played on such an international platform very often, so it’s a huge honour.” , Johnson said.

In 2021, he was the first Jamaican national to enter and win two categories at the Charleston International Music Competition with a unanimous vote from the judges for the Most Outstanding Performer award.

For the remainder of this year through 2023, he will work with the Brooklyn Art Song Society to bring the words of Jamaican Poet Laureate Lorna Goodison. Praise to the mother of Jamaican art to life in song.

Johnson lost his father at age 12 and his mother in 2014, the year he received the full scholarship.

“It’s bittersweet because I wonder what they would think of my accomplishments now. My mom was a big part of fueling the fact that I loved music so much,” he said.

Johnson hopes to create a fundraising project to support young Jamaicans willing to study music as he continues to compose works that fuse the traditional and the avant-garde with consummate Jamaican flair.

2022: Expert presenter and panelist on the cultural appropriation of classical music at the National Association of Music Teachers conference.

2022: Winner of the National Association of Vocal Teachers Mentorship Program.

2016: Winner of the American Piano Prize.

2016: Winner of the NEOSonicFest Young and Emerging Composers call, where his composition was performed by the Cleveland Chamber Symphony.

2016: Performer at the InterHarmony Music Festival in Italy.