On March 4 at 7 p.m., the Tehachapi Symphony Orchestra will present a live concert on Facebook featuring the music of Florence Beatrice (Smith) Price.

She was born in Little Rock, Ark. On April 9, 1887, the youngest of three. She performed her first piano recital at the age of 4 and her first composition was published at the age of 11 under the direction of her mother. At the age of 14, Florence Price graduated as a valedictorian in 1904 and left Little Rock to attend the New England Conservatory of Music (after presenting herself as being of Mexican descent, on her mother’s advice. ). She obtained a Bachelor of Music in 1906 with a double major in organ and piano performance.

After graduation, she taught at Cotton Plant-Arkadelphia Presbyterian Academy, then Shorter College in Little Rock, then became head of the music department at Clark University in Atlanta. She then returned to Little Rock, taught privately, and engaged in composition. She founded the Little Rock Club of Musicians after being denied admission to the all-white Arkansas Music Teachers Association due to segregation at the time. She taught music in separate black schools, but after racial issues escalated, she moved with her husband and two daughters to Chicago in 1927.

In Chicago, Price joined the R. Nathaniel Dett Club of Music and the Allied Arts and studied at five different universities, graduating in 1934 as a student in composition and orchestration. Around 1928, the publishing houses G. Schirmer and McKinley began to distribute his music. Financial difficulties lead to Price’s divorce in 1931. Florence gives lessons at home and composes more than three hundred works. These included chamber works, art songs, spiritual arrangements, violin works, organ works, piano concertos and symphonies.

Price presented compositions for the Wanamaker Competition of 1932, winning first prize for his Symphony in E minor and second prize for his Piano Sonata. Price’s works have been performed in churches, cultural clubs, the Chicago Women’s Symphony and the WPA Symphony in Detroit. The Chicago Symphony Orchestra performed the world premiere of its Symphony No. 1 in E minor on June 15, 1933 at the Century of Progress Exhibition in Chicago, bringing instant recognition and fame, but due to segregation, of racism, sexism and Jim Crow laws, succeeding as a songwriter would be a struggle.

Price continued to compose throughout the 1940s and early 1950s and was recognized from as far away as England. The conductor Sir John Barbirolli asked him to compose a suite for stringed instruments. Price continued to write art songs, choral music, arrange spirituals for solo voice, and compose organ pieces until her death in 1953. Most of Florence Price’s works were lost during this period. many years, but many manuscripts have recently been rediscovered and are currently in progress. to be published.

Steps to find the live broadcast:

If you have Facebook, once there, search for Tehachapi Symphony Orchestra.

Karen Budai is the Advertising Director of the Tehachapi Symphony Orchestra. 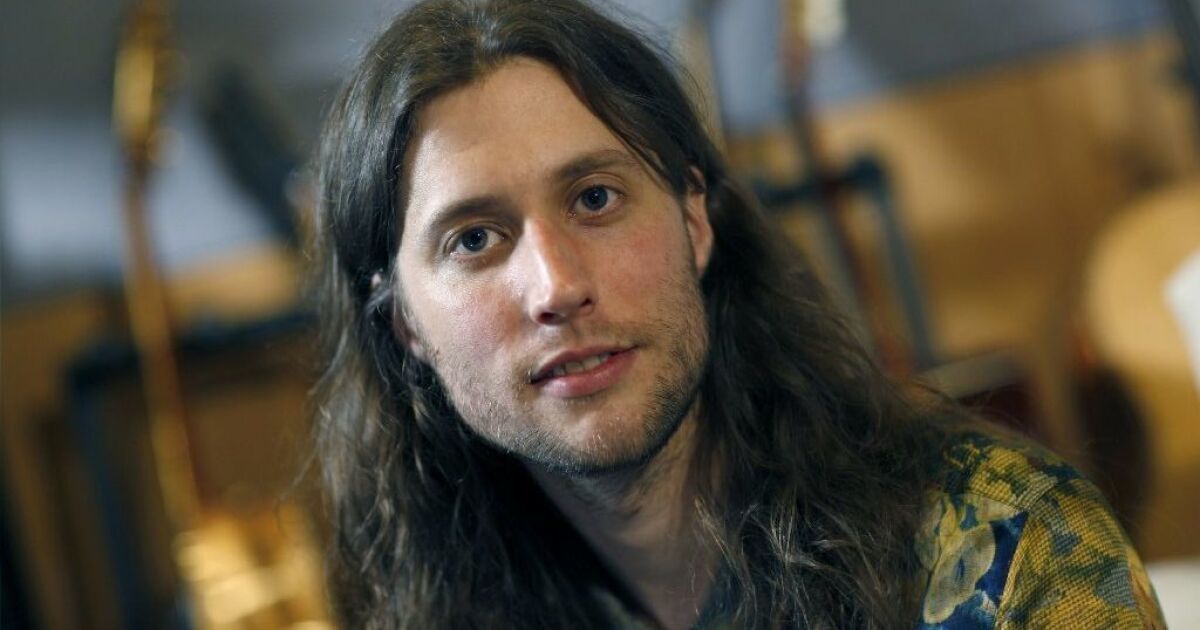 It’s a cinematic mercy that the giant blockbuster of 2018 – Ryan Coogler’s “Black Panther” – is also an artistically rich and socially deep film and not just another action-packed comic book movie. In addition to the script’s pressing themes of race and colonization, the unique and inclusive cast, and an incredibly complicated villain, Ludwig Göransson’s score helped root the story in the fertile musical soil of Africa.

The Swedish composer, 34, and Coogler met while they were students at USC – they first bonded over a game of pool around a shared love for Swedish music. Göransson marked the young director’s student films, then continued on “Fruitvale Station” and “Creed”. Their particular camaraderie meant that Göransson joined “Black Panther” early in development.

“After he sent me the first draft of the script and I read it, I called him up, and I was like, ‘Hey Ryan, the only way I can score is to go to Africa and do research and record with African musicians, ”Göransson said. “And that’s exactly, I think, what he wanted to hear.”

“He made me discover all these incredible griots – it is an African term for musician-storyteller ”, declared the composer. “One of the instruments that really stood out to me was the talking drum, which is basically the first type of communication device. It’s a drum that you put on your shoulder, and you can throw it with your arm, and you can “talk” with it. “

Göransson asked the speaking drummer to “say” the name of Chadwick Boseman’s protagonist, “T’Challa” – a three-syllable rhythm that became a recurring motif throughout the score. For T’Challa’s family foil, Erik Killmonger (Michael B. Jordan), the composer relied on Amadou Ba’s Fulani flute playing.

“He came to the studio [in Senegal], and when he started playing he was sort of talking into his flute and screaming into it and breathing really hard, ”Göransson recalls. “It was a sound I had never heard before, and it sounded very impulsive, but also in a sad way. For me, it really responded with the character of Killmonger.

The songwriter described Killmonger to Ba, who “then went back to the booth and started playing, and he sort of transformed into another character and started yelling ‘Killmonger’ into the flute. It was a real goosebumps moment.

Göransson constructed the score, which was recently nominated for a Golden Globe, based on these and other elements of Native African – including a general sense of traditional rhythm inspired by a mine of ancient recordings. of land he found at the International Library of African Music. in South Africa. He then planted the requisite superheroic symphony orchestra (recorded at Abbey Road Studios) and hip-hop beats – for the Oakland-born Killmonger – in this ground, rather than the other way around.

“It was very difficult to try to add an orchestra besides these traditional African rhythms,” he said, “because as soon as you add a melody or chords on top of it it stops feeling. African. I had to use my orchestral elements, counterpoint, harmony and theory, and transfer them into a more rhythmic way of writing music. I treated my orchestral instruments like rhythms and drums.

When the audience takes off for the first time in the mythical land of Wakanda, Baaba Maal sings the story of an elephant (symbol of kings) who has just died. When T’Challa is anointed as the new king, a black choir of 40 musicians sings a hymn (“T’Challa lo”) in the Xhosa language to him. Beyond the catchy and main theme of “Black Panther”, Göransson wrote an “ancestral theme” – a heart-wrenching elegy that plays lush on the strings for T’Challa, but “broken down” on the solo flute for Killmonger.

The composer, who is clearly not himself of African descent, said the film was always thematically personal due to “the story of many of Ryan’s films, which is just one identity.”

“I think me and Ryan and T’Challa, we’re all kinda the same age,” Göransson said, “where you have a lot of questions, trying to figure out what you’re really trying to make yourself be as one. man, I feel that with this film I have to describe it with music in a broader way.

FULL COVER: Get the latest news on The Envelope Rewards Season » The Swedes, it seems, contribute more than their fair share of sanity to the global psyche. And Thursday night, Anders Hillborg’s assortment of chamber music – part of the Phillips Collection’s “Leading International Composers” series – seemed to reflect the country. That is, he was both intellectually engaging and warmly accessible, marked by a sort of playful and inclusive modernism that leaned on everything from Renaissance music to the pulse of rock.

Less forward-thinking individualism, in other words, than an embrace of the music community – right down to the seating arrangement of Phillips, who traded the usual strict rows for an intimate semi-circle around the performers. And although the first work was a rather majestic ‘opening fanfare’ (written for the Swedish Parliament, hence the majestic) performed by the Axiom Brass ensemble, the sense of open curiosity that permeates the music de Hillborg quickly appeared.

His 1998 ‘Brass Quintet’, for example, contrasted lazily smeared passages of notes with others of punchy and relentless power, while two fine works for string quartet drew intriguingly from composers from Stravinsky to Bach. In “Kongsgaard Variations” (built around the magnificent “Arietta” theme from Beethoven’s last piano sonata, Op. 111), Hillborg channeled Beethoven’s dramatic lyricism into a flowing meta style that effortlessly slipped from the dances of the Renaissance with the ultramodern coda which closed the work. The Calder Quartet delivered an expressive and deeply felt performance, as they did with the seven dark and meditative movements of Hillborg’s “Heisenberg Miniatures” in 2007.

The “Kongsgaard Variations” were the most revealing and impressive work of the evening. But there were also other delicacies. Clarinetist Moran Katz delivered powerful performances of several short works, from the spare staccato lines of “Tampere Raw” to the darting bird-like gestures of “The Peacock Moment”. His reading (with violinist Andrew Bulbrook) of “Primal Blues” was pure pleasure, as was “Close Up”, with recorded tablas providing the accompaniment.

But maybe it was pianist Amy Yang who stole the show. After joining Katz on “Tampere Raw”, she delivered a breathtaking read of “Corrente della Primavera”. A pianistic tour de force from 2002, the scintillating and white-heated sound cascades of the work demand both power and exceptional lightness of touch, and Yang has achieved it with effortless finesse; a memorable performance of a remarkable work.

CORRECTION: An earlier version of this article misspelled the pianist’s last name.